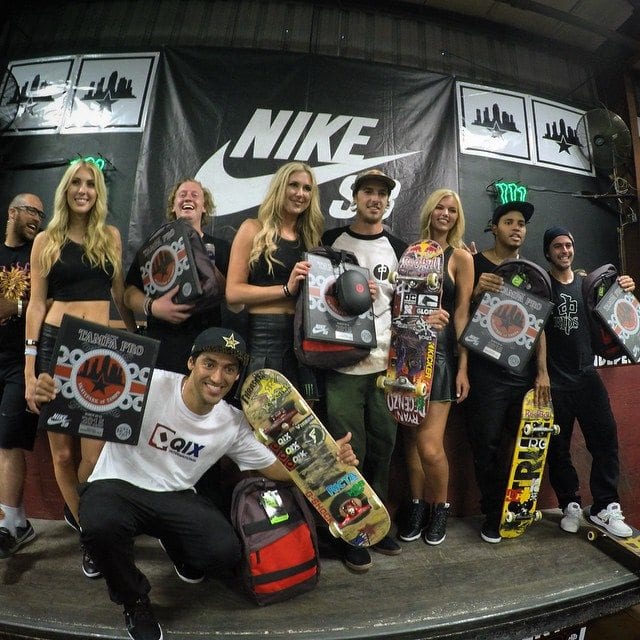 In terms of skate contests, it doesn’t get any more legitimate than the Tampa Pro contest held at the Skatepark of Tampa. A benchmark for skaters everywhere, this year marks the 21st anniversary of the prestigious event. I use the term “prestigious” in a loose manner, as anyone that has ever seen/visited the contest knows that it is one of the grittiest, raw, and true-to-the-sport events in all of skateboarding. A friend of the family, Kelvin Hoefler, made quite the statement at this years contest. He attacked the course and threw out an array of tricks that earned him third in best trick, third overall, and a ticket to compete in the Street League Skateboarding contests! Subsequently, Ammo Skateboards announced his addition to their team and revealed his new pro board. Kelvin has been making moves in the streets as well. He recently dropped a new part, Green Card, which let the skate industry know that he means business. The video shows his solid style and technical ability as he destroys a variety of rails and gaps, check it out below. We are expecting some big things from Kelvin in the near future, congrats fam’!