Sticky Post By Amara Posted in Food, Public Relations With No Comments Permalink 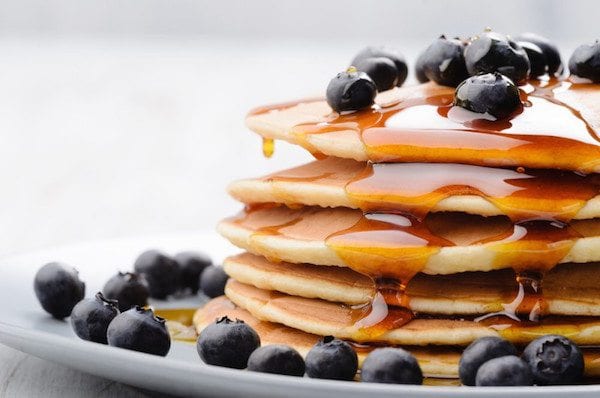 Today, March 3, 2015, is International House of Pancakes’ National Pancake Day.  The event started in 2006 as a way to support charities in the communities in which they operate.  To date, IHOP has raised over $16 million dollars – not a bad chunk of change.  This year marks the tenth anniversary of the event and to celebrate the “Decade of Giving,” guests will receive a free short stack of pancakes in return for their donation to Children’s Miracle Network Hospitals or another designated, local charity.

We’ve seen our fair share of “reward for spending” or cause related marketing efforts as of late.  In fact, the amaraReps team has done a few ourselves, we’ve put together campaigns with both Soles 4 Souls and People Water, which created amazing opportunities for the clients (and people) involved.  Tom’s has even taken it so far as to base their entire sales/marketing strategies around the concept.  The great benefit to companies that create these customer rewards campaigns is that they create customer loyalty and increase brand sentiment.  A good experience is likely to create a repeat customer, furthermore giving customers an incentive to choose your company over others will strengthen the bonds that already exist.  Essentially, the customer is asked to invest a dollar today and they can expect to get much more down the road which gives them a feeling that they chose wisely.

Personally, I find it is a great tactic for so many reasons.  In particular, IHOP’s approach of connecting their customer directly to a charitable cause increases their sales and gives them a PR boost at the same time.  Furthermore, any investment in your community is an investment in yourself.  Food for thought… pun intended.

Why Should You Be Celebrating IHOP’s National Pancake Day? March 22nd, 2015Amara
Sticky Post By Amara Posted in Sports With No Comments Permalink

Our client and friend, Manny Santiago, is always on the move.  His newest episode of Live & Learn follows Manny + Co as they travel to Puerto Rico to prepare for their upcoming Prince of Puerto Rico contest.  Keep a close eye as your favorite PR team makes a cameo!

Professional skateboarder Manny Santiago has been running his own contest in Puerto Rico for the last three years.  The amount of work is astonishing, let alone the fact that the majority of the funding for the event has come out of Santiago’s own pocket.  His attitude towards the project has always been from a place of positivity and humility, he stated;

“I’m just happy everyone was hyped, if anyone is in the situation where they can help then they should.”

For the fourth anniversary of the Prince of Puerto Rico contest, Manny had the amaraREPS team backing him the whole way.  This collaborative effort led to a few simple,  yet crucial mission points:

With our goals clearly defined, we boarded the plane and were off on another adventure!  Here’s some photos that we were able to catch during the trip.

Manny + co being filmed for the series “Live & Learn”

Memorabilia from past trips by Manny and other skaters

The crew building a new ramp for the kids. S/O to OCRamps for making the donation!

Fico with a kickflip crook

Salt and Pepper enjoying the wildlife

The Boys and Girls Club gave us a taste of the real Puerto Rico!

MSA showing dedication to his Prince of Pureto Rico contest

Dave B hardflipping at a demo with media in full effect

Jordan throwing out a heelflip late shove it!

Trophies and prizes for the winners!

All in all it was an amazing time and provided us an opportunity to do something positive for a community and a client.  Keep an eye out for the upcoming episodes of “Live & Learn” and find out who was crowned Prince of Puerto Rico!  Stay Superb!